Balancing the Needs: Behind the ASUS Control Panel on ScreenPad Plus

The Asus Control Panel was unveiled during the annual Consumer Electronics Show (CES) in January 2021. The software offers creators precise and intuitive controls for creating their digital creations. It currently works with four Adobe applications: Photoshop, Lightroom Classic, Premiere Pro, and After Effects.

Available in devices with ScreenXpert for ScreenPad Plus 2.0, such as the Zenbook Duo UX482, and the ProArt Display PA148, it adapts the mechanical controls familiar to creators into a digital form. “I would say it is the first of its kind,“ smiles Hsiao-Fan Chen, who leads the UX team working on the ScreenPad Plus version.

The team who had also worked on ScreenXpert saw the ScreenPad Plus can further simplify the creative professional’s work. Hsiao-Fan, whose team is based in the Singapore ASUS Design Centre, explained they started by deep diving into examining the end-user behavior. “All of us surveyed products available in the market and observed how creators used the products as part of their workflow,” she said.

They also looked at apps being commonly used by creatives. Kesaven Palanisamy, a Senior UX Designer, adds, “We analyzed Photoshop at the start because it is a popular tool among designers.”

A key finding from their research suggests the creation experience could be improved with customized macro keys. Users would configure macro keys with a set of keyboard sequences or menu actions in creative products to simplify their work. “Macro keys streamline the creators’ workflow as they could be more efficient this way,” reasons Hsiao-Fan. 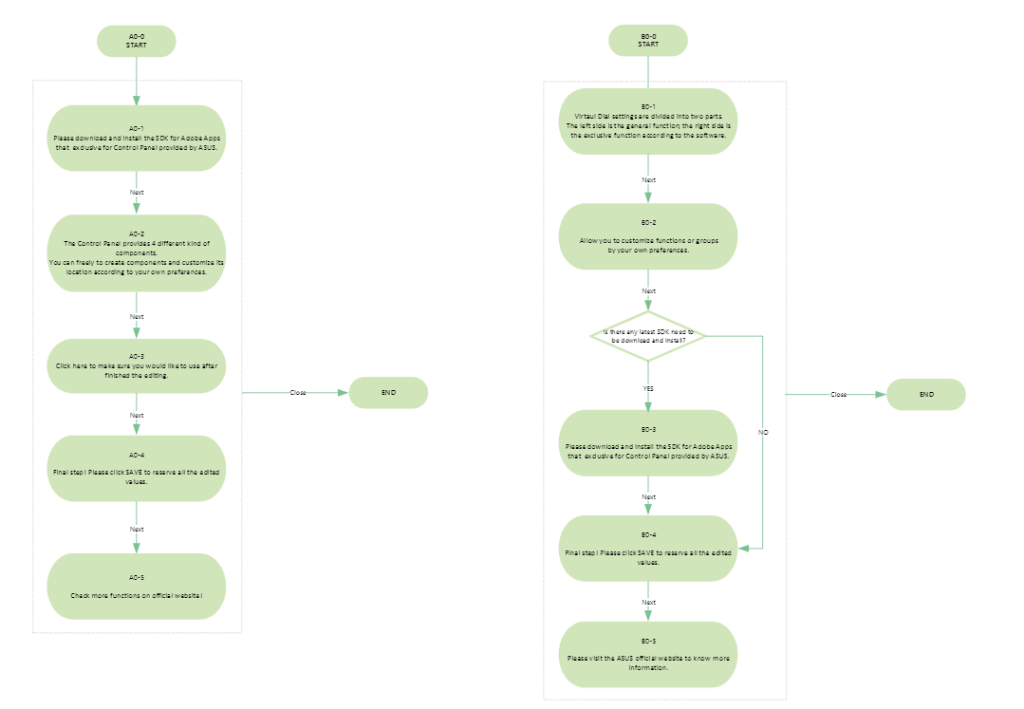 Balancing the controls with the functions

From there, the team had to overcome several challenges along the way. They first had to figure out the suitable interactive controls for functions available in Adobe apps. “One of the first controls we adapted as a digital one was the button,” recollects Hsiao-Fan. “My Taipei colleagues and I noticed it is frequently used by creators. There were other controls that we noted were used by them as well.”

Subsequently, they had to create a specialized layout for the different creators to start using from the get-go. They had to match the selected controls with the available functions in the individual apps. “It was a reverse engineering of sorts,” describes Kesaven. “From the listed functions for each software, we had to figure out from there what could be a suitable layout. There are times when we found differences in the function mechanisms.”

They identified the mismatch in the controls they decided to have and the functions through this task. Kesaven shares, “Talking to users helped us to figure out the missing parts of the controls we have.”

“For example, the original slider design had one color for tint, but the associated app had a different type of slider bar. So, there is a big mismatch of the controls with the real software. We have to balance the function, fix the mismatch, and streamline small details in interaction.”

Balancing the controls of all four apps

Eventually, they examined the functions of the four apps and the associated controls to identify similar ones. “Each of these applications had a long history and a legacy of features,” explains Kesaven. “It is inevitable that all four have different kinds of interactions.”

“We tried aligning and coming up with a consistent design for our Control Panel, like one type of button for all four apps. It was evident when we went through each software individually and were able to identify the missing control elements. We noted those elements to make it consistent.”

Balancing a coherent design with software on ProArt Display PA148

A version of the ASUS control panel is also developed for ProArt Display 148CTV in tandem by their colleagues in the Taipei ASUS Design Center. The device is a portable monitor that is designed for creators. “Kesaven and Jocelyn had to work very closely with our colleagues, Summer Huang and Wei Hong, from the Taipei studio,” elaborates Hsiao-Fan. “They needed to cross-reference the list of controls they have with what our Taipei colleagues had. We had to align all the usage behavior and the user interface style. Furthermore, we needed to think about the modularity and modeling the controls with the same behavior.”

Communication was pivotal at this point. She added, “There was a lot of communication involve between the two teams at this stage as our goal is to provide users with the optimal experience.” 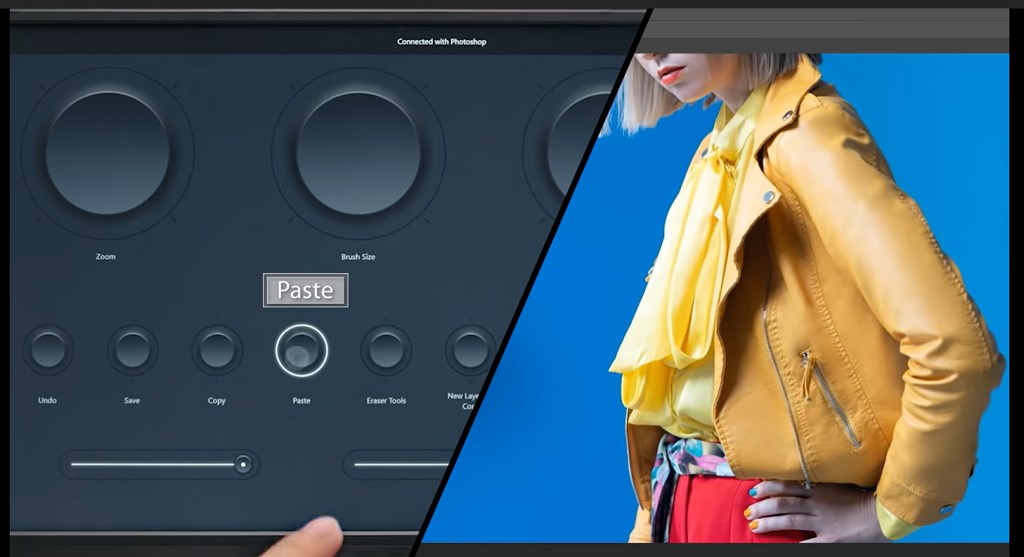 However, the journey for the team did not stop after the handover to the software developers. They had to assess an early version of the implemented app with in-house creators. Zhaiwei Cheng, a Design Researcher, approached the task with a healthy dose of skepticism. “When I was crafting out the objective of the test, I was asking a lot of questions on how this Control Panel would be better than using a physical one,” muses Zhaiwei.

He had to juggle the needs of the designers with the end-users needs. “We had to understand how users use the Control Panel,” Zhaiwei explains. “It was sort of like a form of very detailed usability testing as well as a form of concept validation.”

The testing opened the eyes of the team. “I could spot our mistakes from the things that people highlighted during our conversation with them,” Jocelyn Tan, a UX Designer, shares. “They pointed out things that I, even as a designer, did not think about.”

It helped that they had an understanding that users had a different perspective. Zhaiwei surmises this elegantly, “During the testing you realize that what is being designed for, or an aspect of it, it is not always how people would use it.”

Designing the Asus Control Panel has been a balancing act for the whole team. What started as a fleeting idea became a more solid solution to assist creators with their workflow while negotiating the business needs and design needs. For the team, it is an opportunity to showcase their abilities. “Every day was a battle,” reflects Hsiao-Fan. “In the end, we are proud of the product because we found a way to make it happen. We had to communicate and collaborate very closely with our Taipei colleagues.”

For others, involving from the start was an accomplishment by itself. “I joined the team a few months before they started this project,” recalls Jocelyn. “It gave me a sense of accomplishment. Working on this project was very interesting and fun for me. The whole experience by itself was the best thing for me.”

The big question comes to mind: What can we expect from the next version of this app? “That is under wraps for now,” answered Kesaven deftly. “What we would like to do next is to get feedback from users. We are curious how they are using it.”

What are your thoughts on the ASUS Control Panel? Drop them in the comments below!