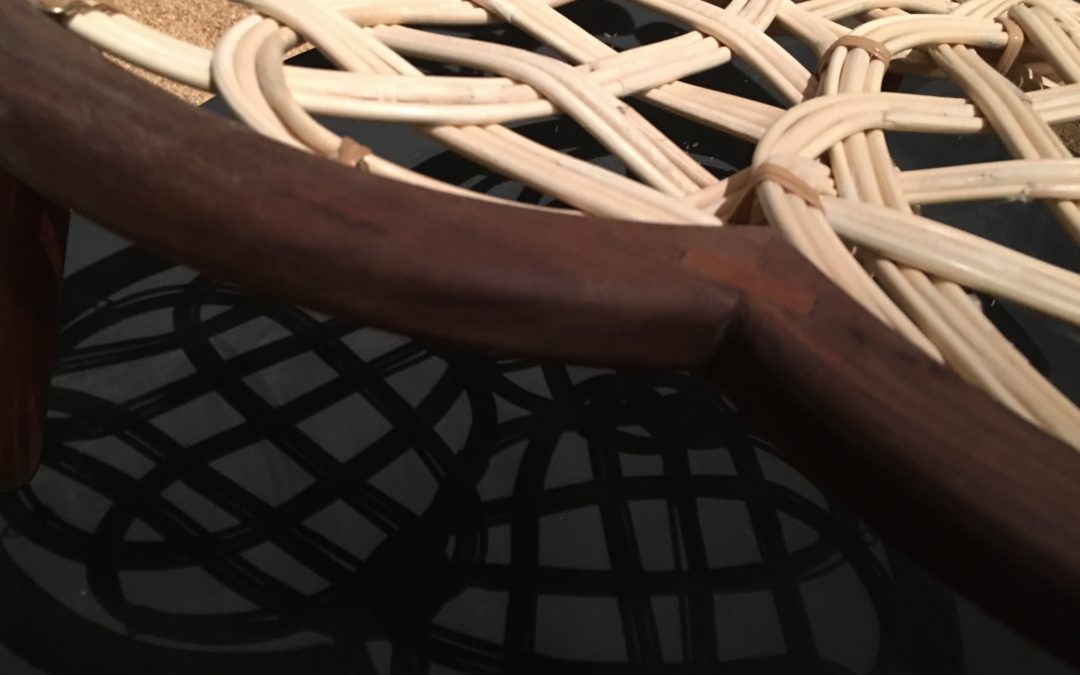 Dadao Village used to be a very prosperous trade location in Taipei at the end of the 19th Century due to its location, near the ocean, on the Danshui River Port. It takes its name from the immense rice fields that used to thrive in the area (in Mandarin, “Dao” means rice and “Da” means big). That vibrant trade hub helped facilitate the movement of many trade goods, such as textiles and tea. However, due to the modernization of Taipei, and poor development of the Danshui River for trading purposes, the majority of the population eventually moved away from Dadao. Economic prosperity left with them. The marvel of the area, today, is that it has preserved much of the old architecture, but infused it with Taipei’s new hustling and bustling lifestyle. It’s one of the last remaining areas to be renovated, which helped preserve its very unique architectural and cultural environment. Today, it continues to be home for many stores and factories that produce and sell various textiles, Chinese medicine, famous Taiwan foodstuffs, traditional snacks, as well as providing inspiration for many artists and designers.

During the DaDao Village International Art Festival in October 2018, there was a very popular exhibition called “Seeing the Potential of Everyday Objects”, hosted in the historic “Watson’s Big Pharmacy” building (built in 1917, and known as the “Little Artisan House” on WenChuang Street). The exhibition included a number of industrial designers from the Upsidedn Institute, who explored original artifacts from the region to understand their original design and purpose, as well as inject some new design elements into these Taiwanese objects to re-establish their ever-useful purposes for today’s society.

Watson’s Big Pharmacy, a century-old historic building, was carefully selected for this exhibition. When I first saw photos shared on-line, I thought the location must have been in a warehouse with very high ceilings. It wasn’t. When I arrived on-site the exhibition was actually vertically designed and spanned across the 2nd and 3rd floors. Furthermore, each floor was impeccably decorated, but there was no natural light anywhere throughout the exhibition, which turned back the hands of time making it feel somewhat surreal.

The exhibition began on the 2nd floor, which had bamboo sifters hanging from the ceiling, and were causally rotating and dropping rice from atop. The resulting sound was very calming and almost rain-like. These filters were a symbol of how rice was dried in Dadao Village nearly a century ago.

Another exhibit used olfactory stimulation to put the audience perceptually back into the middle of the old village. The old town was projected onto a large table and specially-scented candles were placed in specific locations on the map to let the audience rely on their sense of smell to guess what was being produced in the factories and stores back then. The sense of smell brought the exhibition audience closer to the reality of the life and energy of an earlier century.

Ascending the stairs to the third floor, the final exhibit, enclosed by drapes, was about local crafts and their design stories. The floor was covered in rice shells, put there to remind the audience of the importance of rice in Dadao Village, as well as the reality of what walking down the street and crunching on rice as you passed was like. The exhibition was called “DaoDe” (Dao means rice and De means local). This play on Mandarin words captures the essence of rain, and how important it was to the DaDao Village culture. The theme represents their livelihood—humble, strong, simple—yet exceptional. DaDao Village is the seed, which eventually sprouted and flourished to become the great city of Taipei.

The popular shower and bath companion found in most houses today is the loofah, come from the luffa gourd. The designer created a unique opaque casing to make holding and transporting the loofah sponge more easily as well as assisting drying the sponge faster with the sun’s help.

#One of a Kind Bag

Taiwan’s rice brands are infamous for creating rice bags that are easily portable, stackable and convenient. One designer wanted to take this spirt of versatility and give it another purpose, when not transporting rice. Here the designer has turned rice bags into various containers and compartments that are vibrant and unique.

The Taiwanese language has many colloquialisms, and play on Mandarin words, that have created new meanings for certain objects. For example, the Taiwanese word for pineapple, in Mandarin, sounds like the word for “prosperity”, which is where the inspiration for this piece came from. The glass body is shaped like a pineapple and the top has been created to hold a candle. The light candle light reflects off the copper tops and bounces back onto the glass body creating a stunning lighting effect.

#Luxury for the Ordinary

Stepping into the exhibitions, one is immediately struck by the beautiful ceiling chandelier. Taking a closer look, you realize that it has been made from a series of glass bottles (in the shape of a Chinese medicine bottle commonly used in the past). The curves of the glass bottles reflect dazzling light resembling the fancy crystal commonly found in mansions and palaces.

#Making Chairs out of Clubs

This collection of artwork took everyday tools, used to beat the dust out of blankets and sheets, and turned them into the stools and chairs. These instruments were observed to have the same length as the average chair, so the designer explored using them to create this unique series of chairs.

In Taiwan, it’s very common to people holding fans in their hands during hot summer months. In the past, these fans were traditionally made from bamboo shoots, due to their sturdiness, yet slight flexibility. The artist decided to take these very simple fans and turn them into elegant lightweight bags and purses that are perfect to take out on the hot summer days.

This display surprised me the most. Its design inspiration came from the traditional licorice menthol food that is created from using many different ingredients including various herbs and Chinese medicine. The licorice is made from being combined with a variety of other ingredients and then stuffed back into a grapefruit and left until it’s dried out. The traditional process involved wrapping the fruit with red string to keep the ingredients from falling out. The artist for this piece recreated the fruit shape with ceramics and then recreated what initially looks to be the red strings tied around the fruit. it is actually red wire connected to the lid, and functionally serves to stabilize the pot and keep the lid closed.

After walking out of the final exhibition hall, there was one last area that displayed all the other artifacts from the area that were available for the artists from which they originally made their selections. It was now clearer how the displays were selected, as well as an opportunity to get better a better picture of how these artifacts were designed and originally used. It was another opportunity to really travel back in time and engage with what were some of the daily utensils and tools used a century ago.

The famous Japanese industrial designer, Naoto Fukasawa, said, “The time gap is very important. When one first looks at these items, he or she may not think they are special. But after you spend some time and look into the details, you will discover the beauty and uniqueness of each one.” Walking throughout the exhibit, it wasn’t uncommon to overhear visitors asking the on-site staff and artists where they could purchase these items, which speaks to the success of the exhibition’s original intent to build a bridge from Dadao Village’s history to today’s everyday life.

Finally, I would like to thank Beartalkdesign for sharing the following video that documents “DaDao Village Design: See the Potential of Everyday Objects.”